Cold glass can create uncomfortable drafts as air next to the window is cooled and drops to the floor. Also, strong direct sunlight through window onto people and interior surfaces can cause overheating and discomfort. This section on Improved Comfort illustrates how high performance windows, in different climates, help make home more comfortable.

Daylight and view are two of the fundamental attributes of a window. This section on Increase Light & Viewillustrates how high performance windows help to reduce unwanted heat gain while still allowing light to enter into your home.

Materials such as carpet, fabrics, paper, artwork, paints, and wood may fade upon exposure to sunlight. This section on Reduced Fading illustrates how windows can influence the type and intensity of transmitted radiation. 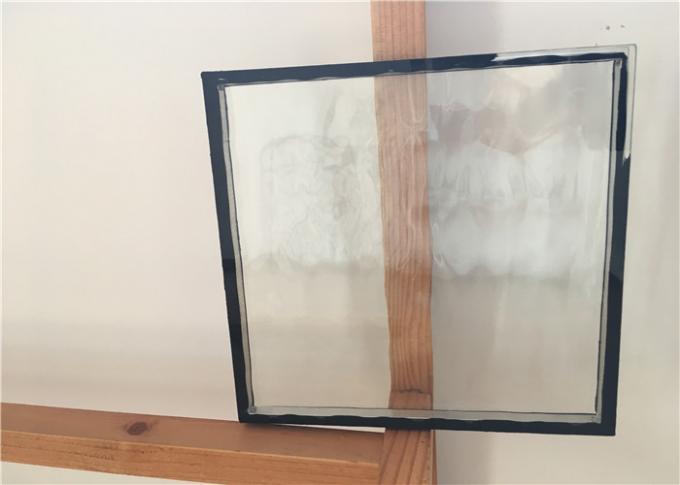 Energy-efficient windows save the homeowner money on utility costs each and every month. On the surface that sounds like a wonderful thing and in many cases, it is. But everything comes at a price, so what exactly are the pros and cons of energy efficient windows?

Windows have changed a great deal in just the past ten years. Today’s energy windows are almost invisibly sprayed with a metallic coating that reflects more than half of the sun’s harmful UV rays back into the outdoors while allowing almost 100% of the sun’s natural light to shine through. A room supplied with UV-protected windows is not the gloomy place it was just a few years ago.

Windows used to be energy sinkholes, robbing a room of its warmth and causing utility bills to soar. 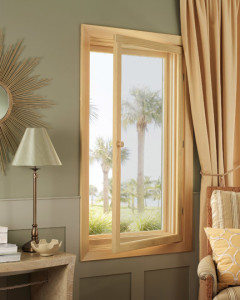 that is not true any longer. An energy efficient window consists of two or more panes of specially treated glass with a layer of an inert gas, such as argon, trapped between the panes. Argon does not transfer heat well and so acts as an energy “blanket” between the sheets of glass, preventing the room’s warmth from escaping through the window.

But there is a lot more to an efficient window than simply an argon heat barrier. As previously alluded to, energy-efficient window glass is specially treated with a thin film of metallic particles which are designed to reflect away the sun’s UV rays while at the same time trapping the heat that is in a room and reflecting it back into the home. The result is an immediate saving on utility bills for the homeowner, but more than that, the view through an energy efficient double-paned window is virtually as clear and unobstructed as the view through an untreated single-pane window.

The National Fenestration Rating Council (the NFRC) rates windows for their insulating properties, their visual transmittance (how easily they can be seen through), their solar gain coefficient (how well they protect a room from the sun’s heat and UV rays) and air leakage around the edges of the windows. Homeowners should pay special attention to NFRC ratings and should look for the Energy Star ratings that are based on the homeowner’s region of the country.

If windows are 20 years old or older, if the windows have begun to leak, or if the homeowner is simply tired of paying utility bills that seem too high, the homeowner should look into replacing them with new energy efficient windows.

The new energy-efficient glass is more expensive than old-fashioned standard windows. However, the initial cost should not be the only factor when deciding on new windows. The window experts at United Home Experts, for example, can help a homeowner calculate the energy savings that can be expected with new windows. By calculating the energy saved each month, these experts can help the homeowner determine how much money will be saved each month on utility costs. In this way the homeowner can see exactly how long it will take for the new windows to pay for themselves and how much extra money the homeowner can enjoy each month. The homeowner should also keep in mind that as energy prices rise in the future, their savings will also increase with time.

Probably the biggest drawback to energy windows is the initial cost. Many homeowners, especially if they are 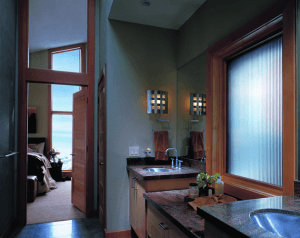 planning to replace a number of windows, might see costs of 10% to 15% more for double-paned energy windows as opposed to double paned non-energy efficient windows. For a home with several windows, the added cost can increase the bottom line quite a lot.

Double-paned windows are heavier than single paned windows, and for some homeowners that might be a drawback.

Also, in order to see any significant energy savings each month, a homeowner must replace all older windows with the new, higher-priced energy windows at the same time. No appreciable savings will result from simply replacing one old, leaky window with a new high-efficiency window while leaving all the others in place. However, replacing all the windows at the same time can be a large job and can also be expensive.

It is also necessary for homeowners to be quality-conscious when buying high-efficiency windows. Off brands or cut-rate windows may not be properly sealed and can cause more problems than they solve. Poorly insulated double-paned windows can allow condensation to form between the windowpanes, indicating that the windows are not doing their job properly. Saving money up-front by buying lower-priced windows may not result in the energy savings that the homeowner had planned on. This situation can be eliminated by only dealing with reputable companies such as United Home Experts, who have years of experience installing high-efficiency windows in the Northeast, and who only sell quality windows.

To sum up, the advantages of high-efficiency windows is a reduction in harmful UV radiation entering the home 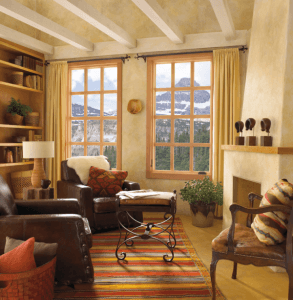 from the outside while at the same time reflecting the heat inside the home back into the home. This results in substantially lower monthly utility bills. Modern high-efficiency windows are also virtually clear, affording almost perfect views, as opposed to the film-coated windows of only a few years ago.

The disadvantages are a higher initial cost (although high-efficiency windows generally pay for themselves within three to four years through lower monthly utility bills) and the fact that in order to get any real monthly savings all the windows in a home must be replaced at the same time.

The experts at United Home Experts have helped out many families pick and choose the right window for their homes, while saving them on the utility bills. The team at United are certified window installers by major brand manufacturers and our members have over 20 years of experience of installing windows, so you can count on us.

Specification: According to the customer requirements

Specification: According to the customer requirements